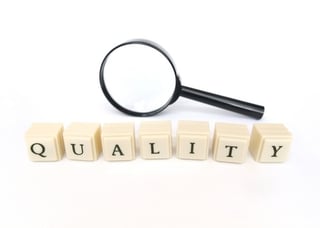 During the CMS Open Door Forum call on March 3, 2016, the Center for Medicare and Medicaid Services announced the addition of 6 new Quality Measures (QMs) of which 5 will impact the Five-Star Quality Rating System.

The six new Quality Measures will be added to the QIES System in April 2016 for a preview. Five of the six QMs will impact the Five-Star Quality Rating Systems beginning July 2016.  Note that the anti-anxiety/hypnotic medication measure will be the only measure that will not impact the Five-Star Quality Rating. CMS stated that this measure is not included due to concerns about its specificity and appropriate thresholds for star ratings. The details of how the new QMs will impact the facility’s star rating has yet to be announced.

The six new Quality Measures are as follows:


Percentage of short-stay residents who have had an outpatient emergency department visit except those that lead to an inpatient admission (claims based).


Percentage of short-stay residents who were re-hospitalized after nursing home admission (all cause), including observation stay and excluding planned readmissions and hospice patients (claims based).

3)  Successfully Discharged to the Community:


Percentage of short-stay residents who were successfully discharged to the community within 100 days of admission and were not hospitalized, readmitted to a nursing home and did not die within 30 days of discharge from the SNF (claims based).


Percentage of short-stay residents who made improvements in function which is based on self-performance in the following mid-loss ADLs (MDADL): transfer, locomotion on the unit, and walk in corridor (MDS based).


Percentage of long-stay residents whose ability to move independently worsened which is based on self-performance in locomotion on unit (move about their room and adjacent corridor) (MDS based).


Percentage of long-stay residents who received an anti-anxiety or hypnotic medication. The purpose of this measure is to prompt facilities to examine the prescribing pattern (MDS based).

The Emergency Room use, Re-hospitalization and Discharge to the Community QMs are Medicare claims based. These measures will reflect the care provided from July 1, 2014 through June 30, 2015. These measures will include Medicare fee-for-service beneficiaries only at this point in time. These measures are risk-adjusted, using items from claims, the enrollment database and the MDS. The measurement period is based on a rolling 12 month cycle updated every six months.

The Improved Function, Worsening Ability to Move and Anti-anxiety/Hypnotic Medications QMs are MDS based and will be derived from the same time frames as the other MDS based QMs on Nursing Home Compare. The Improved Function and Worsening Ability to Move QMs that are based on locomotion include the ability to move about independently by walking or using a wheelchair. Improved Function will be defined as an increase in MDS coding for locomotion on the unit of 1 point since their prior MDS assessment. The Worsening Ability to Move QM will be based on a decrease of 1 point of the sum of the scores of the mid-loss ADLs (MDADL) that include transfer, locomotion on the unit, and walk in corridor. MDS coding of “did not occur” or “occurred only once or twice” will also be converted to dependent for both of these ADL measures.

CMS believes that the addition of these new measures has multiple benefits including: increasing the number of short-stay measures, covering important domains not covered by other measures, and claims-based measures may be more accurate than MDS-based measures. The impact of adding the five measures to the QM component will depend on how CMS integrates these measures into the scoring system. Performance on the new measures is likely to change a facility’s rating on the QM component.

CMS plans to add additional Quality Measures to the Five-Star Quality Rating System in 2017 or 2018 including:

The Open Door Forum call also included strongly encouraging providers to voluntarily submit electronically staffing data via the Payroll Based Journal (PBJ) prior to the mandatory filing date of July 1, 2016. Participating in the voluntary submission will enable the facility to ensure that there are no issues with the reporting process. PBJ is not currently used during the survey process nor is it incorporated in the Five-Star Quality Rating system at this point in time. The call also included a brief discussion on the government’s research into alternative payment methods for SNFs. The ongoing research has resulted in a focus on the resident’s characteristic versus services provided.

In meetings with CMS, the American Health Care Association has asked for the following:

If you have questions about the new Quality Measures, please contact Harmony Healthcare by clicking here or calling our office at (800) 530-4413.