Quality Indicator Survey – Are You Ready? 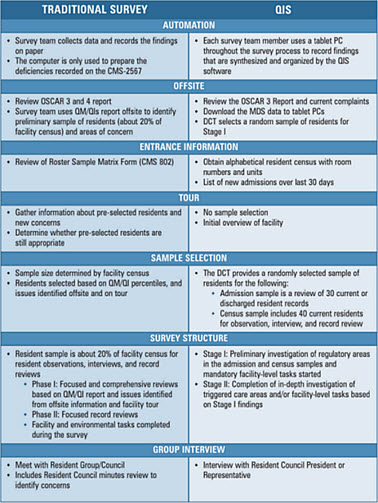 Simply put, the Quality Indicator Survey (QIS) is the most comprehensive regulatory change to the nursing home survey process since the Omnibus Budget and Reconciliation Act of 1997 (OBRA) was enacted.  QIS is a major paradigm shift in the assessment of compliance, care delivery and quality of life indicators and is largely based on MDS data.  Following over a decade of development, the Centers for Medicare and Medicaid (CMS) started the national rollout in 2007.  Since that time, numerous states have implemented QIS with nearly 20% of U.S. nursing homes receiving QIS surveys in 2010.  While Federal funding cuts temporarily delayed the banded roll-out, have no fear, QIS is still coming your way.